How much do you know about LED street lamp products？

What are the basic structures of LED street lamp housings?

·The shell of the LED street lamp is made of aluminum alloy, which is extruded through advanced science and technology, equipped with a high-pressure die-casting aluminum side cover (electrostatic spray treatment), and then equipped with a 3mm-5mm aluminum plate stamping plug (anodized, and lamp body) Uniform color and beautiful and not stingy) corrosion resistance, good heat dissipation effect, reduce wind resistance, reduce pressure load on light poles, and not easy to scratch.

· Reasonable light distribution can be equipped with ordinary lamps and LED lamps (aluminum substrate and LED chips can be self-equipped). Part of the shell is designed with beading to make the protection level: waterproof and dustproof reach IP65, because the shell of the led wall washer is made of aluminum alloy, the operating temperature: is -20°C to +45°C, and the aluminum shell of the LED lamp, If the surface is not treated, it is easy to oxidize, because some surface treatment methods: anodizing, electrostatic powder or paint spraying; the color of the surface led wall washer shell: can be customized according to the needs of the situation.

What are the advantages of the quality and material of the aluminum profile LED street lamp housing?

The internal lamps of the LED street lamp housing are mostly composed of floodlights and projection lamps. The light source used to be a high-pressure sodium lamp of several hundred watts, but now the floodlight uses LED high pole lights with a lighting radius of 60 meters. LED street lights can also be customized in other styles. The rod body of the LED street lamp is generally a cylindrical overall structure, which is rolled from a steel plate. The height of 25-40 meters refers to a new type of lighting device composed of a steel cylindrical light pole with a height of more than 25 meters and a high-power combined lamp holder.

Different from traditional light sources, most of the shells of LED street lights are made of tempered glass, which can be well combined with urban streets. The casing is also aluminum. Of course, the materials used at different price points are different, the service life is long, and the effect will be different. However, one thing is the same. LED streetlights use LED light sources as light sources. This kind of light source has bright colors, good monochromaticity, soft light, less power required, and long service life.

Moreover, the LED light source lamp body is small in size, easy to install, not easy to damage, and has no heat radiation. Moreover, professional LED street lamp manufacturers will process the lights to prevent drivers from seeing the lights dizzy when using them. Of course, the LED street light housing is to protect the wide application range of street lights. The lamp is equipped with a scale plate for easy adjustment of the irradiation angle. It should be noted that even if the quality of the LED street lamp shell is good, regular maintenance is required to check whether the street lamp is damaged in time. If it is damaged, it should be replaced in time to prevent one part from breaking and dragging down the other. The shell of the LED high-power street lamp is the protective armor of the street lamp. Even if the internal parts work well, they are not as good as the outer shell. The shell must not only be hard, but also have good sealing performance, which can be waterproof, moisture-proof, and dust-proof. Secondly, the heat dissipation function of the shell should also be guaranteed. 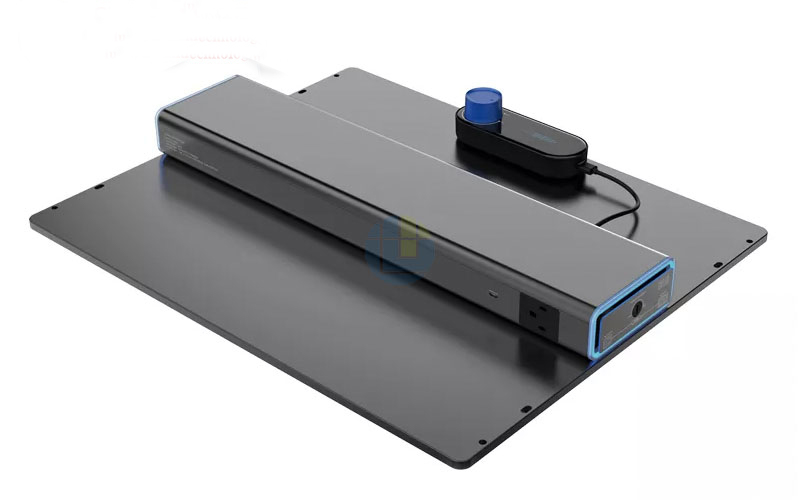 What are the characteristics and advantages of LED street lamp housing?

Generally, the LED street lamp shell is designed with a single elliptical reflector cavity and a spherically curved surface, which can control the light emitted by the LED within the required range in a targeted manner, improve the uniformity of the light output effect of the lamp and the utilization rate of light energy, and can be more prominent. Advantages of LED street lamp energy saving. Compared with traditional street lamps, they can save more than 60% of electricity. Of course, in addition to the help of the LED street lamp shell, the LED lamp itself is also an energy-saving and long-lasting lighting fixture. Such LED street lights make people have no bad glare and no flicker. It eliminates the glare, visual fatigue, and sight interference caused by the bad glare of ordinary street lamps, and improves driving safety. There is no delay in the startup of the LED street lamp housing, and the normal brightness can be reached when the power is turned on. The lighting fixtures used are environmentally friendly and pollution-free, do not contain lead, mercury, and other polluting elements, and have no pollution to the environment.

What are the functions of the LED street lamp shell?

Here, a brief introduction will be given. For example, the housing of mobile LED street lamps for home use not only requires a thinner housing, but also requires good quality, high requirements for pressure resistance, and can withstand falls. At the same time, the novelty and beauty of the housing are also very important to the product. . The shell of some LED street lamps is also required to have the effect of static electricity and insulation. In addition, the outer shell of some products LED street lights will also require a waterproof effect.

Led street lamps will generate heat when they are in use, and the street lamp shell can dissipate heat well, which can effectively extend the service life of street lamps. When the LED is packaged, the secondary optical design is carried out, which can make the lights of street lights more uniform, to ensure that there will be no glare after seeing the lights, so that drivers can drive more safely.

The raw materials used in the LED street lamp shell are all high-quality materials, so it can ensure light transmission, and can also be dustproof and waterproof, which can extend the service life of the street lamp. The material of the shell is non-polluting and also has anti-ultraviolet radiation, so it is more environmentally friendly.

The shell will not show aging when it is used, and it will be used for a long time so that even if the street lamp is used to generate strong heat, it will not cause damage to the shell. The shell has good color rendering so that the driver can see the obstacles on the road and the surrounding environment so that he can drive safely even at the night. 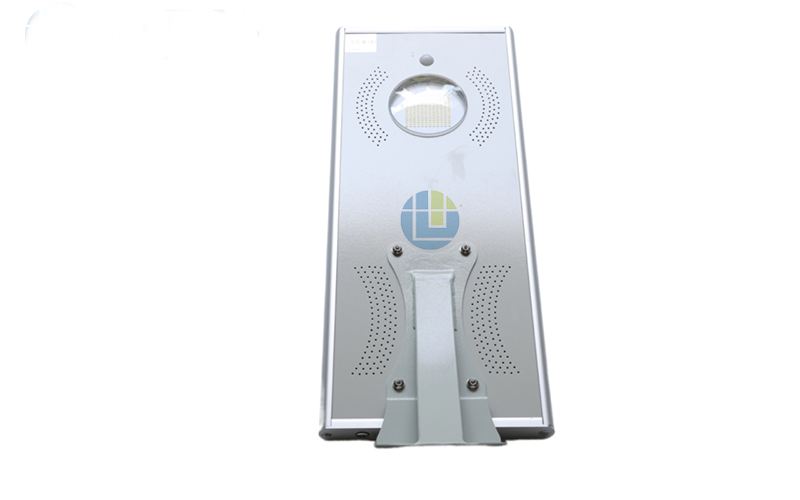 ·The integrated solar street light is not as complicated as the mains lighting street light, and the installation and disassembly are very simple. In the mains lighting street light project, cables must first be laid, and a large number of basic projects such as cable trench excavation, underground passage laying, pipe threading, and backfilling are required. . It will take a long time to install and debug after the year. If there is a problem with any transmission line, large-scale rework is unavoidable, the terrain and line requirements are complicated, and the cost of labor and auxiliary materials is high. The integrated solar energy is easy to install. There is no need to lay complicated lines during installation. You only need to build a cement base and fix it with stainless steel screws. The installation of the lamp head only needs to be fixed and tightened with the screws connecting the lamp pole. Turn on the lamp switch and it can be used, which is efficient and convenient.

·There is a high possibility of potential safety hazards in the mains lighting street lamps, and there are almost no hidden dangers in the integrated solar street lights; the construction quality of the mains lighting street lights, the transformation of landscape engineering, the aging of materials, the abnormal power supply, and the conflicts of water, electricity, and pipelines, etc. There will be many safety hazards, which people don't want to see; the integrated solar street light has no safety hazards, it is an ultra-low voltage product, and uses 12V voltage power supply mode, which is safe and reliable in operation.

With the increasing investment in basic energy, all kinds of safe and polluting energy are ubiquitous and clean, and environmentally friendly solar energy, as an "inexhaustible and inexhaustible" safe and environmentally friendly new energy, has received more and more attention. At the same time, with the development and progress of solar photovoltaic technology, the development of solar power generation in the field of integrated solar street lighting is gradually becoming more and more perfect.

About the integrated solar street light:

·All-in-one solar street lights have been upgraded in terms of design and performance, such as batteries, which use high-quality lithium iron phosphate batteries and high-conversion monocrystalline silicon cells. The connection between them has been worked hard. In areas with insufficient sunshine or long continuous rainy days, the working hours of solar lamps will be shortened or not bright. The condition is 0°~60°C. When it is lower than 0°C, the charging efficiency will be greatly reduced. When the temperature rises, it will return to normal. The discharge condition at night is -20~60°C. If it exceeds this range, the battery performance will be damaged. , will greatly shorten the discharge time.

·If it is in the southern hemisphere, install the solar panel facing north and avoid the shadow of obstacles such as houses and trees. The cleanliness of the solar panel surface will also affect the power generation efficiency of the solar panel, so the surface needs to be cleaned, it is recommended to scrub with ordinary detergent regularly.

We are always providing our customers with reliable products and considerate services.